The session brought together all ECC’s Observers across the country to share their experience as it relates to lessons learnt and challenges during the observation.

The Lessons Learnt session was held in three clusters; one held on Wednesday, March 22, with the other two held simultaneously on Friday, March 24.

The first session in Montserrado County, brought together Observers across Bomi, Gbarpolu, Grand Cape Mount and Montserrado counties. Thirty-one (32) Observers were present including all four secretariat staff and two ECC’s members’ representatives from the West Africa Network for Peace Building (WANEP) and the Action for Genuine Democratic Alternative (AGENDA).

One session was held in Buchanan, Grand Bassa County while at the same time another was being held in Gbarnga, Bong County. The session in Buchanan brought together a total of 19 Observers across Grand Bassa, Margibi, Rivercess and Sinoe Counties with two Secretariat staffs along with two ECC’s Steering Committee members from the Center for Democratic Governance (CDG) and the Center for Media Studies and Peace Building serving as facilitators.

On the other side, 38 Observers from Bong, Grand Gedeh, Grand Kru, Maryland, Nimba, Lofa and River Gee Counties were participants of the session; while two Secretariat staffs including two ECC’s members from the National Youth Movement for Transparent Elections (NAYMOTE) and the Institute for Research and Democratic Development (IREDD) served as facilitators.

Issues surfaced during the session include lack of network coverage in remote places for sending in text messages in near real time for the ECC’s reporting purpose; Observers had to cover long distances to access Voter Registration Centers due to long distances between centers; among other issues listed. 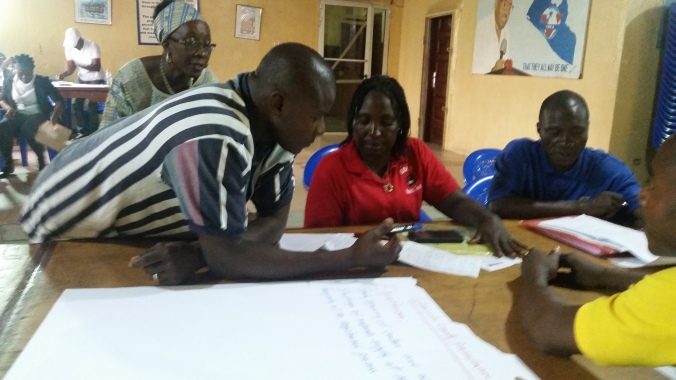 The work of the ECC is done in collaboration with the National Democratic Institute (NDI) with support from the United States Agencies for International Development (USAID).

A daily selection of the best content published on WordPress, collected for you by humans who love to read.

The Art and Craft of Blogging